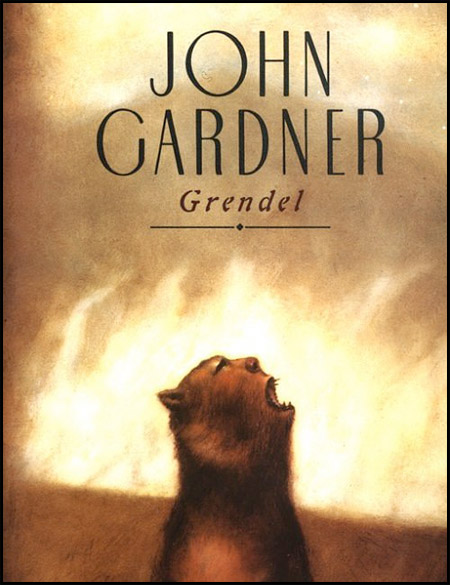 Both Gollum’s character throughout the Lord of the Rings, as well as Grendel’s character in Beowulf, serve as monstrous creatures. However, both are portrayed in a way that evokes pity in the reader.  Both Gollum and Grendel fell into a dark voids of existence, and there are striking similarities between their surrender to temptation. Through  this, we get a closer and deeper look into the psyche of these miserable and so-called evil characters.

Both of the characters are nomads with an obsession. They wander the lands with a thirst for something that has overpowered them, and they are quite miserable in the process. Grendel’s is a passionate, lonely hate for men, and he is described as an “unhappy creature” and a “rover of the borders” (Donaldson, 3). Grendel’s hate is fueled by his rejection from society since his creation, not unlike Frankenstein’s monster in Mary Shelley’s Frankenstein: a creature created and doomed to be hated. Grendel “lived for a time in the home of the monsters’ race after God had condemned them as kin of Cain” (Donaldson, 3). As Verlyn Flieger writes, he is “an outcast, a wanderer in the waste, of the race of Cain, the first murderer, and he cannot bear the sound of the harp and the song of creation” (Flieger, 141). This same theme is explored in Tolkien’s poem “The Hoard,” where he tells the tale of the power of greed, with a dragon described with “red eyes blinked as he lay alone…in his heart’s furnace the fire waned…Of thieves he thought on his hard bed…and dreamed that on their flesh he fed…their bones crushed, and their blood drank” (Tolkien). Grendel, like the dragon in Tolkien’s poem, falls to the darkness brought about by the power of a treasure of desire–for Grendel, though, his desire was to purge his existence of loneliness, or seek revenge for his suffering.

In Gollum’s case, he wanders Middle Earth, longing for his Precious, the One Ring. Not unlike Grendel, Gollum is also condemned to wander–not by God, but by his grandmother, who, “desiring peace, expelled him from the family and turned him out of her hole” (Tolkien, 54). This was the first sprout of  hate after Gollum’s desire became so strong, and he “wandered in loneliness, weeping little for the hardness of the world” (Tolkien, 54). In the same way that Grendel is cut off from society for being a creature under no control of his own, Gollum is the victim of the ring’s immense power and temptation, and he develops a strong hate for the world and those that shun him.

Both Gollum and Grendel are judged so harshly by people, even those that have never encountered them, forming a bit of a Catch-22 of growing hatred in them, and raising tensions between them and the ones they hate. In Beowulf, Grendel is automatically seen as a vile creature, and at one point in Donaldson’s translation, it says Grendel may not “ approach the throne…because of the lord; He had no love for him” (Donaldson, 4). Within a footnote in the book, the interpretation of these lines is basically that Grendel could not approach the king as his thanes could, because God condemned him as an outlaw. Therefore, he never has a chance to redeem himself, and is looked upon by others as a monster and a lost cause, just as Gollum is by his grandmother. As the hate grows, Grendel finally gives into temptation and his rage grew at the drunken, jolly people he saw one night, thinking that “they felt no sorrow, no misery of men”  (Donaldson, 3). He brutally murders them, and “from there he turned back to his home, proud of his plunder”  (Donaldson, 3). To Grendel, his treasure, or plunder, is the slain men who have bestowed upon him a lonely existence. To Gollum, his treasure is simply the ring, and the way other characters treat him is what fuels his hatred in addition to his obsession.

Both characters definitely have non-monstrous qualities about them, including the good-natured aspects that are still within them, which stem from the roots of their origins. Gollum helps the hobbits get to Mount Doom (even if he ends up betraying them, he still helps them get there). And even as he finally decides to betray the hobbits, “for a fleeting moment…they would have thought that they beheld an old weary hobbit, shrunken by the years that had carried him far beyond his time, beyond friends and kin, and the fields and streams of yore, an old starved, pitiable thing” (Tolkien, 714). The only reason that Gollum’s moment of thought and pity for his fellow hobbits went away was because Sam woke up and noticed Gollum, and immediately accused him of treachery–again, this is an example of someone judging him harshly. After all, he was once a hobbit like Frodo and Sam. Gandalf, when he is explaining how sad Gollum’s story is, says that “even Gollum was not wholly ruined. He had proved tougher than even one of the Wise would have guessed – as a Hobbit might. There was a little corner of his mind that was still his own, and light came through it…light out of the past, it was actually pleasant, I think, to hear a kindly voice again, bringing up such memories of wind, and trees, and sun on the grass, and such forgotten things” (Tolkien, 58). Amid the obsessive and dark thoughts, Gollum still has a light of his old life in his mind that breaks through at times.

Even Grendel has moments where he questions his decisions. The translation by Donaldson seems to almost portray Grendel in a more simple light, but it still shows that it took him many years of wandering to finally attack the men, and all the while his rage was boiling at them. John Gardner’s novel, Grendel, explores his character more in-depth and adds even more layers to his complex psyche. In the beginning of the book, Grendel thinks to himself that he can “feel my anger coming back, building up like invisible fire, and at last, when my soul can no longer resist, I go up—as mechanical as anything else—fists clenched against my lack of will, my belly growling, mindless as wind, for blood” (Gardner, 9). Here, Gardner shows that descent into rage that is fueled by an existence of loneliness and hate for so many years. For Grendel, it is less being evil and more a natural, methodical process of killing that has developed after so long, and he tries to resist it–but it grows too powerful.

Both Gollum and Grendel exemplify the extremes of their kind falling into temptation. It’s difficult to remember that Gollum was once a hobbit, now horribly consumed by the ring, just as Grendel is descended from man and, when filled with so much hate, shows the brutality that humanity is capable of. However, both characters are still able to evoke a sense of pity in the reader, and serve to show that all beings are capable of falling into darkness and temptation, and we often pity those that do because we still see aspects of ourselves in them.

Flieger, Verlyn. “Frodo and Aragorn: The Concept of a Hero.” Print.

All the social media things